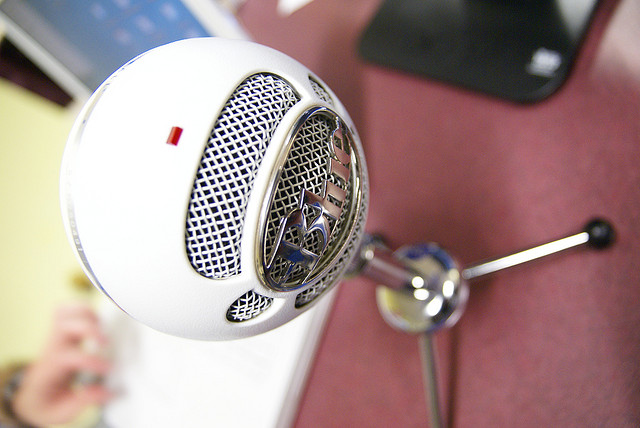 Dictation has become popular with writers who are interested in improving their writing productivity. Google recently introduced “voice typing” for Google docs, so writers can dictate their writing while on-the-go.

As a writer and editor with achy wrists from too much typing, tapping, and mousing, I decided to take voice typing for a spin.

From the get-go, Google Voice Typing is dead easy to use. Open Google Docs, go to the Tools menu, and click on Voice typing. An orange microphone icon pops up in the left menu bar. Click on the icon and begin speaking.

Voice typing had no problems picking up my Canadian accent. In fact, I was surprised to discover that it produced far fewer pronunciation errors than I had expected. If there were any errors, they were mine.

I am, admittedly, less fluent when my writing is produced by mouth, instead of with my fingers. But I remember a time when keyboarding felt disfluent to me, so dictation may be a skill I can learn with practice.
Here’s my quick review of Google’s Voice typing:

If you’re a writer, and you want to give dictation a try, Google’s Voice typing is a nice, basic tool to begin with.

If you’re an editor who’s trying to ease your wrists, you could use Google’s Voice typing to write margin comments (which you can then feed into a text expander) or client emails, but you may prefer a dictation tool with editing features.

Not sure how to begin with voice dictation? See 5 Tips for Dictating Your Writing.

Do you use voice dictation? Tell us about it in the comments below.