Did you know you can design an ebook cover in Word? I’d have hardly believed it unless I’d tried it myself. Until now, I’ve been limping rather awkwardly in GIMP. But creating a cover in Word has blown things wide open for me. 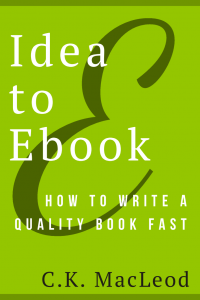 Graphic designer Derek Murphy wrote a tutorial that helped me to create the cover on the left. I am not a designer, but I learned an awful lot about design principles just by following his steps. He’s a great teacher.

I entered the cover in the Ebook Cover Design Awards competition on the Book Designer blog. You can see the results here. (You’ll need to scroll down three-quarters of the way to see the cover.) Not bad for the first time out.

Read more at the Beyond Paper blog.